Once or twice a year, in June and/or July, we arrange visits of historic interest for our members. It might mean a bus trip of several hours, or, as in June 2015, it might be something right on our doorstep!

Fitting in with our talk in September 2014, a group of over 30 members were given a guided tour by Mu Stubbs around the village of Mapperley, one of our closest neighbours, just half a mile from Shipley Hall. The photos below show just a few of the things to be found in this tiny village (all can be enlarged by clicking on them). 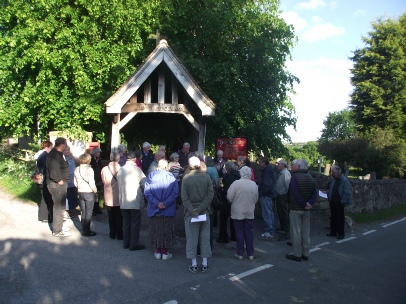 Members gathered in front of the lych gate at Mapperley church to hear Mu Stubbs give a general history of the village of Mapperley, the “clearing amongst the maple trees”.

The lych gate was erected as a memorial to the three men of the village who were killed in the first world war.

In 1267, the lord of the manor of Mapperley, Simon de Arderne, was granted a charter by King Henry III to hold a weekly market and an annual fair. The original manor house was off Park Hall Lane, which is still known as “Simon’s Lane”, after the original lord.

These stocks, near to the church, were made to celebrate the 700th anniversary of the charter. The original stocks had been removed during a feud with neighbouring West Hallam! 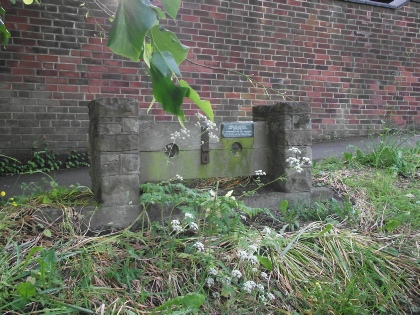 The oldest building in the village is a sixteenth century chapel of ease, which was converted into two houses in the twentieth century. In this photograph, you can just see the surviving windows of the building, which is Grade II listed.

It was known as the Powtrell Chapel, after the Powtrell family of West Hallam who had land-holdings in Mapperley. 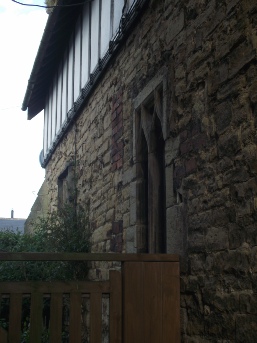 The Wesleyan Chapel was built in 1874 and opened the following year. The memorial stones were laid jointly by the mayor of Nottingham and Mr William Smith of Langley Mill.

It was converted into a private dwelling a number of years ago. 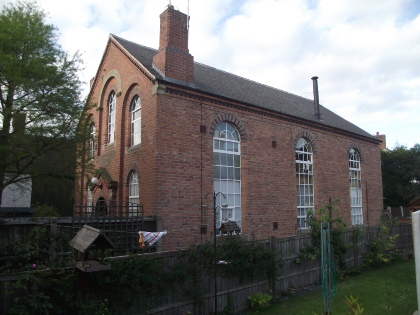 Although Mapperley became a centre for coal mining, it does not have the feel of being a “pit village”. This is entirely due to the influence of the major land-owners of the time, the Miller Mundys of Shipley Hall, whose presence can be felt throughout the village.

Here, we see Lodge Row, which was built in the mid nineteenth century, and was designed by the Heanor builder, George Oldershaw. 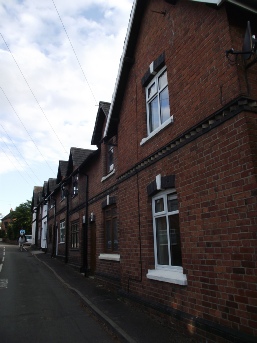 Beyond Lodge Row and the school, stand two of Miller Mundy’s lodge houses, Irongates Lodge and Lodge House. Between the two buildings used to stand a set of metal gates, but these were removed in 1940 for the war effort (though a small remaining section can be seen at Irongates Lodge).

Both buildings retain the distinctive crest of the Miller Mundy family. 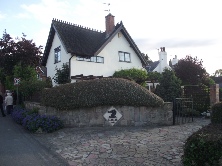 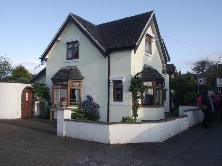 The Church Institute was provided for the village in 1904, by A.E. Miller Mundy, of Shipley Hall, and (another Heanor link) was built by J. Duro of Marlpool.

As well as a community meeting place, the institute doubled as a cricket pavilion to go with the cricket pitch which was donated by Miller Mundy around the same time.

The institute is now a private house, having been sold in 1957. 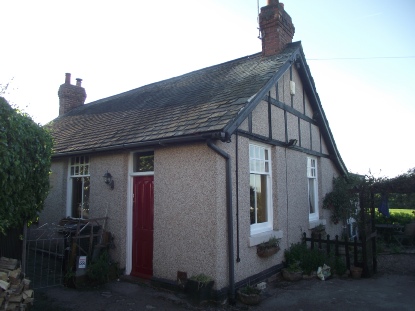 In the sixteenth century, it is known that there was one alehouse in Mapperley - and it may have been here!

The earliest actual reference to the Old Black Horse dates from 1821. The pub, which had its own brewing facilities, became a coaching inn, providing stabling and accommodation for visitors to Shipley. It was bought by the Ilkeston Brewery Company in 1897. In the early twentieth century it was renowned for its gardens and glasshouses. The landlord even generated his own electricity on the site - they had electric light here before Ilkeston had any!

The original church at Mapperley was built in 1851, using stone donated by Mr Drury-Lowe of Locko. The village did not become a parish until 1870 (it was part of the parish of Kirk Hallam). But in 1959, the church was closed due to mining subsidence. The modern, A-framed,Holy Trinity church was opened in 1966.

In the inner doorway of the church, there are several spectacular pieces of stained glass, originally designed for the offices of the Mapperley Colliery Company, depicting mining techniques and equipment from the sixteenth century. 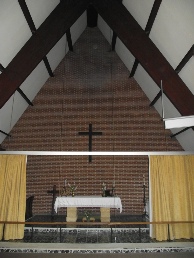 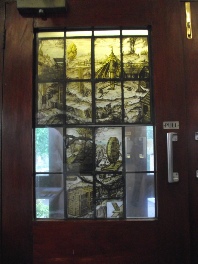 Mapperley is a dispersed village, with three separate centres: Mapperley Village, where the previous photographs were taken, Mapperley Brook (down the lane at the side of the Newdigate Arms - we did not visit here), and Mapperley Park Hall, the area which contained the original manor house, and the later colliery.

This is Park Farm, at the end of Park Hall Lane. At the rear of the farm was the horse-hospital, where pit ponies from Mapperley Colliery were tended. 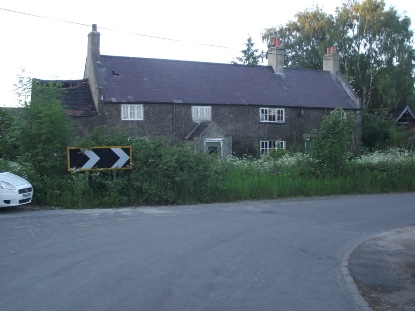 And still at Park Hall, this building was, until 1984, the village’s second public house.

Officially called The Royal Oak, everybody knew it only by its local name, The Candlestick, so called as a single candle was the original lighting for the pub. It was forced to close due to the presence of methane gas in the building.

An excellent and informative evening around Mapperley. 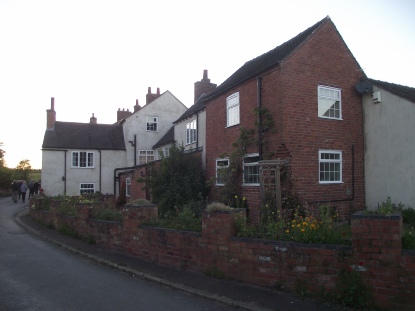 The history of Mapperley is covered by an excellent website - see MapperleyHistory.com