The Domesday book of 1086 records a church at Heanor. Nothing is known of the earliest church in the town, but the large church situated at one corner of the Market Place dates from the fifteenth century. The mediaeval chancel and nave of this building was demolished in 1868, but the tower was left intact. This Victorian rebuilding couldn't have been too good a job, as, in 1981, another major rebuild took place, and again only the tower was left as before. 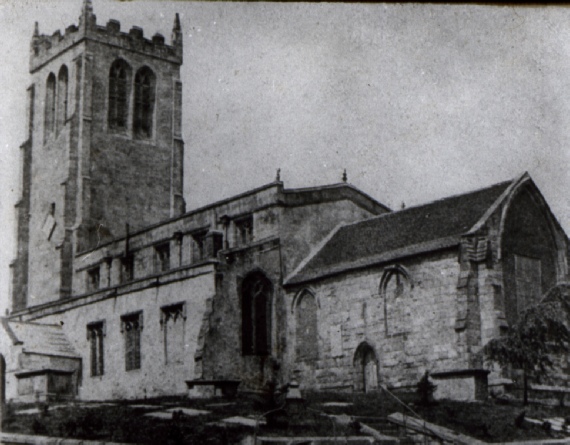 St. Lawrence's Church prior to the demolition of the mediaeval nave and chancel in 1868.

The dedication of the church to St. Lawrence causes some confusion, as it seems clear that at some stage it was dedicated to St. Michael. The list of rectors and vicars below is principally taken from "Notes on the Churches of Derbyshire" by J. Charles Cox, published in 1879. Cox states that the church is dedicated to St. Michael, but is aware of it being referred to as St. Lawrence's too - he states that this is a mistake in a recent directory, but this was not the case. He categorically says that it was Heanor St Michael in the sixteenth century. When the change to the dedication actually took place is unknown.

From the 13th century, the church was under the patronage of the de Greys of Codnor Castle.  It was transferred to the Abbey of Dale in 1478, until the dissolution, following which it reverted to the crown. 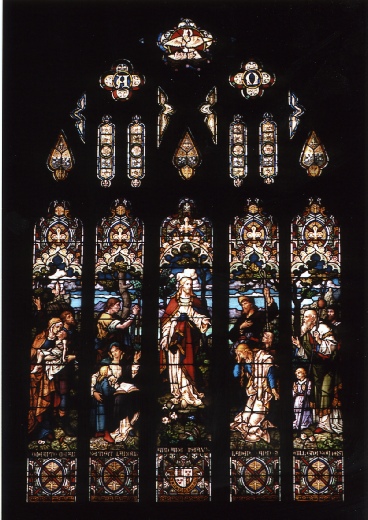 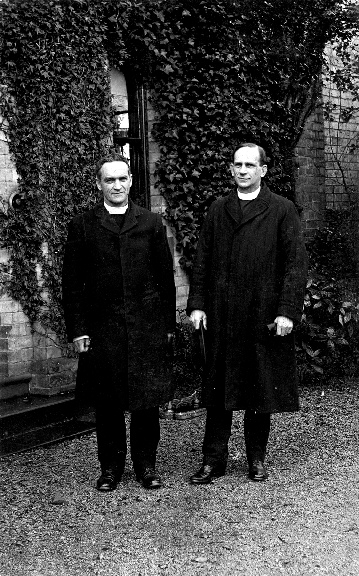 From 1866 to 1917, the Corfield family dominated the church at Heanor. The stained-glass window above shows the former east window at St Lawrence’s, placed in memory of Frederick Corfield in 1883. The lower photograph shows two of Frederick’s children, Claud Corfield and Ashley Corfield - this was taken in 1911, when Claud had moved to Taunton.