The last of the deep-mine pits to be opened in the Heanor area, Ormonde Colliery was sunk by the Butterley Company in 1906, and production began in 1908. Two shafts were sunk through the old workings in the Deep Soft and Deep Hard seams from Loscoe Pit to reach the Kilburn seam. This enabled them to work the Piper, Low Main, Blackshale (Silkstone) and Mickley seams, as well as the Kilburn. 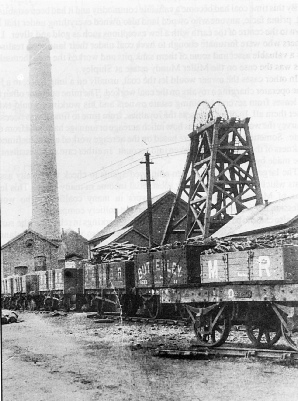 The neighbouring Loscoe Colliery closed in 1933, and in 1938 the Butterley Company also closed Bailey Brook Colliery, concentrating their operations in the Loscoe area entirely on Ormonde. In the same year, the pit introduced conveyor belts, which was the first move from traditional handling of coal. In 1941, the Kilburn seam was closed, and Ormonde now concentrated on the inferior Blackshale seam, which was marketed under its Yorkshire name of Silkstone Coal.

Following the end of the war, the coal industry was nationalised, and Ormonde became part of the National Coal Board No.5 Area, based at Eastwood Hall. During the 1950s, No. 5 Area was one of the most cost-effective areas of the NCB, being the first to achieve an average output of two tons of coal per man-shift. In 1955, a report suggested that by 1963 Ormonde and Langley pits combined would have 1450 miners producing 2600 tones per day. However, reserves of coal were running low, and New Langley Colliery was closed in 1960. But actual performance in the remaining Ormonde Colliery was so improved that by 1963 1219 miners were turning out 4200 tones a day.

The NCB invested significantly, installing the most modern machinery and equipment in order to improve output. In 1952 the first Power Loader machine was installed in the Low Main Seam, followed shortly afterwards by an automatic Trepanner machine. In 1961, the NCB chose Ormonde to test a new piece of equipment nicknamed ROLF (Remotely Operated Longwall Face) in the Piper seam. This was intended to totally remove the need for miners at the actual coalface, with the entire cutting operation being remotely controlled from a console some distance away. While it wasn't 100% successful at Ormonde, it undoubtedly contributed to the massive increase in productivity and went on to shape future developments nationally.

With other pit closures in the area (Woodside, Mapperley, Coppice), No. 5 Area was closed. In 1967, Ormonde was transfered to the North Derbyshire Area of the NCB at Bolsover. Although deep mining had finished in the Heanor area except for Ormonde Colliery, a number of pumps at other mines, notably Woodside, had to be kept going to ensure that Ormonde did not flood, which added considerably to the running costs of the pit.

Ormonde Pit produced its last coal on 25 September 1970. If ever the phrase "the end of an era" were justified, this is one such occasion. 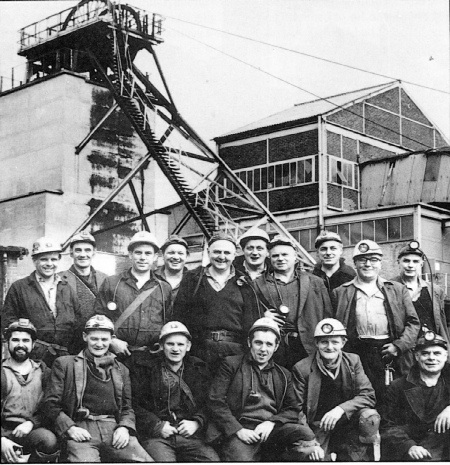 The photographs to the right were taken shortly after the closure of Ormonde Pit, by Walter Sharp.

Mr Sharp had been a miner at the colliery for many years, and was also Secretary of the Union Branch. He subsequently became a security guard on the site whilst it was demolished. The fourth photograph includes Walter's dog Jason.

The Society would be pleased to hear from anyone who worked at Ormonde Colliery, or any of the other local pits, who would be prepared to put their memories into writing - a future webpage is awaiting!!!! 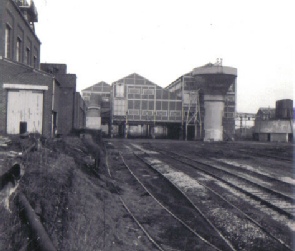 "Wheer are t'gooin' when Ormonde shuts?"

You hear where e're you go -

But it tha' goos a long wee off

What abert your Gwen?"

At that place wheer 'ow wocks

An' 'ows only packin nylon tights -

Or is it nylon socks?"

"An thi' dowter's got a good job theer

"It's a thing tha's got ta study

They's sa many things to watch,

An' niver mind what they tell yer -

An comm ert aw' i' biles

But could they get a doctor?

They warna' one fa' miles!"

'Ow hadna' hafe a achin' back

"An' the rate they're gettin coal ert ner

These new pits not last foriver

An it's no good exin' gaffer -

From The Rhymes of a Marlpool Miner, 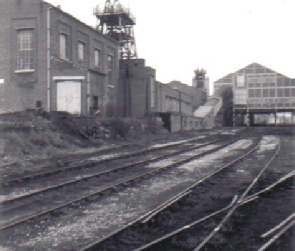 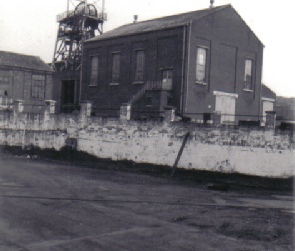 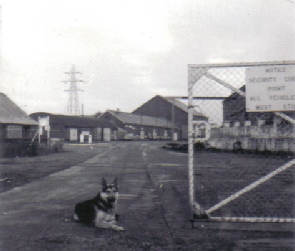 We are grateful to Karen Eley for allowing the Society to publish the photographs taken by her grandfather Walter Sharp.