One of the smaller faiths represented in the area is that of the Jehovah's Witnesses, who have a Kingdom Hall at Langley Mill, opposite the Trent Bus Garage.

The present building dates from 1985, when the previous Kingdom Hall was taken down and a new one erected in a single weekend, by members of the Church from around the area. 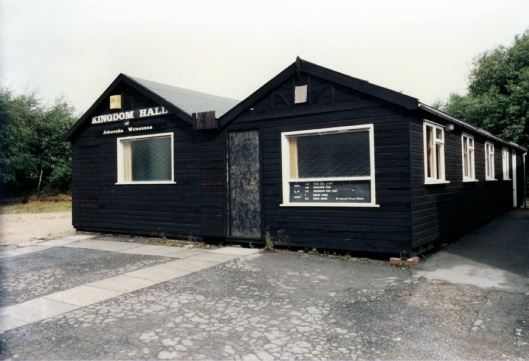 The previous Kingdom Hall at Langley Mill, photographed in 1984, shortly before the wooden building was replaced… 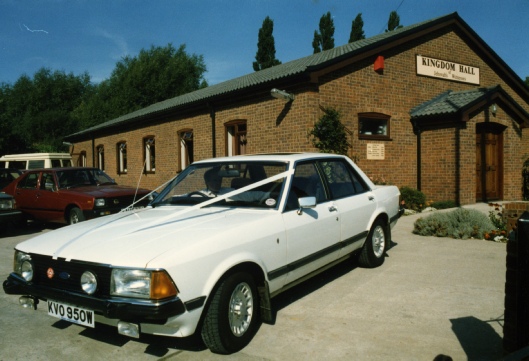 … by the existing brick-built Hall.

Following the initial publication of this page, with just the two photos above, the Society was pleased to receive a set of photographs showing the work of building the new Kingdom Hall in March 1985 in progress. Also a newspaper cutting reports that over 1000 members of the church, from all over the country, attended the area for the weekend, starting work at 7am on the Saturday, and being in a position to hold a service at 1.30pm the next day! Accommodation  was found locally for around 500 of them, whilst the remainder just worked on through the night. 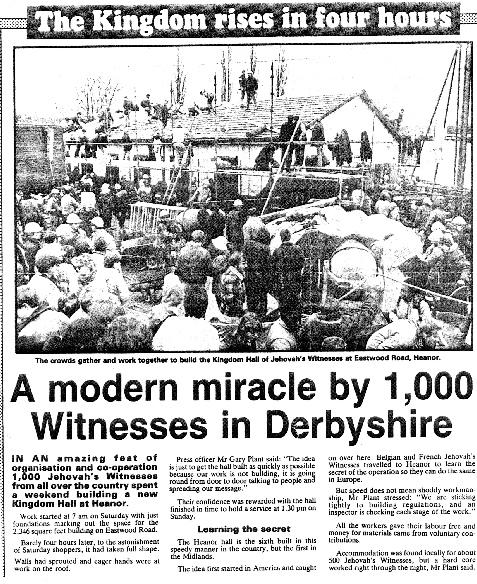 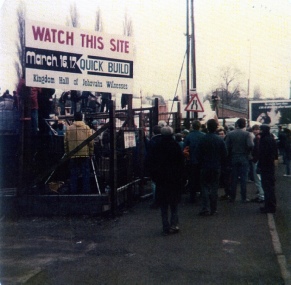 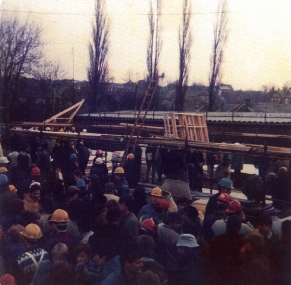