The largest cemetery in the area by far is to be found on Ilkeston Road, Marlpool.

Whilst Heanor Cemetery, as it is officially named, is administered by the local authority, prior to the mid-nineteenth century all burials took place at religious sites. But in 1856, a Government Commission into Burial Grounds declared that burials should be discontinued at Heanor Parish Church, the Congregational Church at Marlpool, the Wesleyan Chapel, and the Baptist Chapels at Langley Mill and Heanor Common. This was the same across the country, as long-used burial grounds everywhere were regarded as being a threat to public health.

In September 1856, a vestry meeting, held in the King of Prussia under the chairmanship of Francis Howitt, discussed the matter, and shortly afterwards a town Burial Board was established – burial boards were a new creation under the various Burial Acts of the 1850s, specifically to oversee the creation of new cemeteries. After various discussions over possible sites, this resulted in the establishment of Marlpool Cemetery on land known as "The Hallows," which was bought by the Heanor Burial Board from Mr. Howitt; it was initially a 4½ acre site, which cost the Board £150 an acre. Tenders were invited for the building of two chapels in the cemetery, along with a lodge for the sexton, or cemetery superintendent; two were needed in order to provide both for Church of England followers and for non-conformists. The two chapels, designed by Benjamin Wilson, of Alfreton, are identical in their Victorian gothic design, and are linked by an arch, which for many years was topped with a steeple, containing a mourning bell. 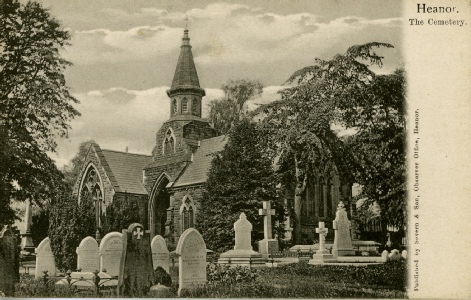 A postcard from 1907 showing the cemetery chapels with their steeple.

The Burial Board was, of course, a secular institution, and there is evidence of disagreements between the board and the then vicar of Heanor, the Rev. Richard Whinfield, whose attitude throughout was described as “most unhelpful”. Still, work continued on the site during 1857, and the cemetery was consecrated by the Bishop of Lichfield in January 1858. The first Superintendent was Mr John Horridge.

Over the years, the management of the cemetery was passed first to the Heanor Urban District Council, and subsequently to the Amber Valley Borough Council. The site was extended around the turn of the twentieth century, with land provided by the Miller Mundys, and in 2000 an additional piece of land was added. The main cemetery site has a total of 10,315 burial plots, and there are a further 600 plots in the extension from 2000. But the cemetery is rapidly nearing capacity, and the District Council are in the process of finding a new cemetery site for the future.

In 1937, the Howitt Gate was added as a memorial to William and Mary Howitt, using materials taken from The Dene, the birthplace of William Howitt, which had been demolished two years earlier. The superintendent’s house was demolished in the 1960s, and the Garden of Remembrance is now to be found in its place.

With the gradual decline in the use of the chapels for funeral services, the decision was made that only one should be retained for religious purposes, as it still is. From 1991 to 2005, the former non-conformist chapel in the cemetery was let to the Heanor & District Local History Society for use as a Heritage Centre. Although it was open only two afternoons a week, some 13,000 people visited during that time. It is now used for cemetery administrative purposes.

One of the displays in the former Heritage Centre, 2003. 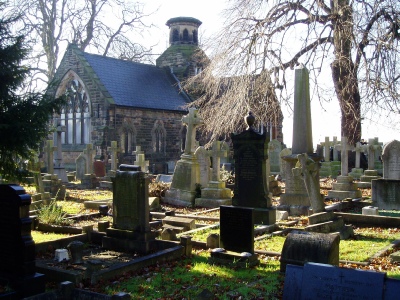 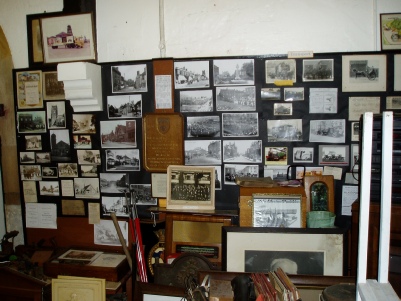 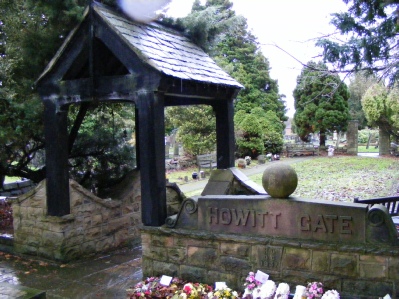 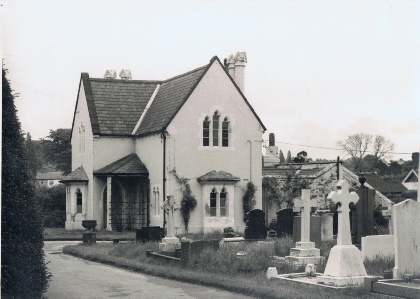 In a prominent position in the centre of the cemetery driveway, near to the chapels, is this monument, to the memory of Dr Dionysius Lardner Donovan, who died, aged 35 years, in 1864.

Although he had been in Heanor as Parish Surgeon for only four years, he must have created a major impression on the town’s people, who erected the monument by public subscription ‘in recognition of his unswerving attention and kindness towards the suffering poor’.

The monument is listed (Grade II) for its special architectural or historic interest. 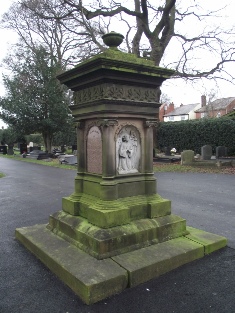 Since the 1850s, almost all of the people whose names are mentioned in the History Society’s publications and newsletters are to be found in Marlpool Cemetery. Below are just two examples: the graves of Sir William Smith (of Smith’s Flour Mills, Langley Mill) (left) and the Lovatt family of Langley Mill pottery (right). 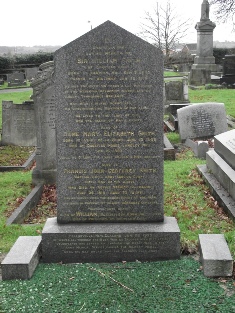 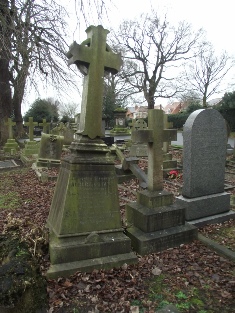 Perhaps the most confusing gravestone in the cemetery is this one:

How the gravestone came to be there, we will probably never know – the most likely explanation is that it was moved to the site after road-widening near the church graveyard in the 1860s. 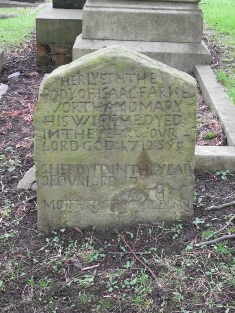 We are grateful to Sue Beresford, Cemeteries Officer, Amber Valley District Council, for some of the information on this page.