Stainsby House is no more, though there is a modern building of that name (see below). Stainsby is actually in Horsley Woodhouse, rather than Smalley, but since the eventual occupiers of this mansion were major landowners in Smalley and were also the patrons of Smalley church (and Morley too), a page on its history firmly belongs within the village. 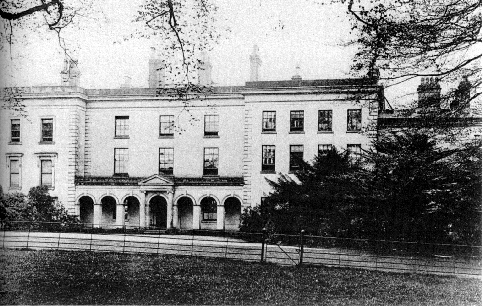 The earliest period in the history of the house is unclear. An earlier building had been owned by the de Steynesby family, but the house pictured above dates from the early 1700s, at which time it was purchased by John Fletcher from the Moor family.  The house had major works done to it around 1780, when it was owned by Elizabeth Barber, the daughter of John Fletcher.

The greatest period in the house's existence began in 1782, when the Barber family sold it to Edward Sacheverell Wilmot Sitwell of Horsley, a descendent of the Sacheverell family of Morley. (See Forgotten Place Names for an earlier reference to the Sacheverells.) This family were to remain at Stainsby House, and at the forefront of Smalley life, for the next 150 years. Edward Degge Wilmot-Sitwell (1768 -1860), as well as modernising and enlarging the house, gave the village the site for the Girls' School, and his son Robert (1824 - 1912) donated land for an extended burial ground at the church.

Robert Wilmot-Sitwell was an avid cricket fan, and the Stainsby Hall Cricket Club was established, initially playing on the grounds in front of the house. And because the Wilmot-Sitwells were the patrons of the livings of Smalley and Morley, and therefore were able to appoint the vicars, it is not surprising that several of the early vicars of Smalley were also excellent batsmen!

Robert's son Edward Sacheverell Wilmot-Sitwell (1862-1936) presented the cricket club with a new ground, where it remains still. On Robert's death, the Stainsby estate was passed to a nephew, Robert Bradshaw Wilmot-Sitwell, and upon his death, in 1939, the estate was sold up. The cricket ground was purchased by H.H. Dix, Headmaster of Smalley Boys' School, who rented it to the club until finally gifting the ground to them in 1960. 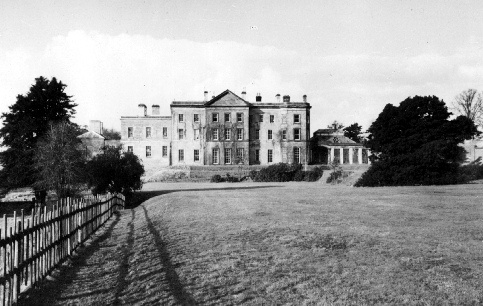 South side of the house, shortly before demolition.

During the Second World War, Stainsby House was acquired by a Roman Catholic boarding school, St. Aloysius College, from Highgate, London, in order to accommodate their staff and pupils who were evacuated from the capital. There is reference to their distinctive maroon uniforms and inter-school sports matches - it became known as Stainsby House School - local boys were accepted as day-pupils.

The school continued for several years after the war, at least until the early 1950s, after which Stainsby House was taken over as a poultry farm. One local resident recalls that in the 1950s the occupiers lived in a flat within the building, leaving the rest of the house to become derelict (and overrun with chickens!).  In 1964, complaints about the smell coming from the site were sufficient to bring in an inspection by the Medical Officer of Health.

In 1972 the house was finally demolished - another historic building lost forever. In its place was built a new Stainsby House, completed in 1974 in an ultra-modern design, often described as being in a "Spanish style"  - every room was round or oval, with not a single corner in it. The house was designed by Nottingham architect David Shelley, and built for Robert Morley, owner of Alida Packaging at Heanor Gate. It came complete with a helicopter landing pad, an indoor swimming pool, marble floors, solar panels, and gold-plate fittings. 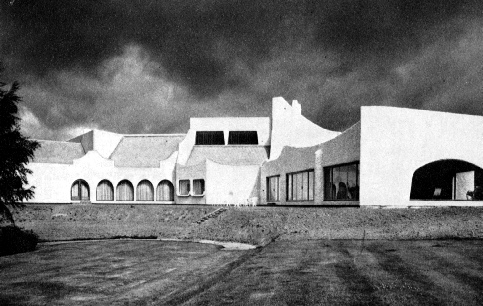 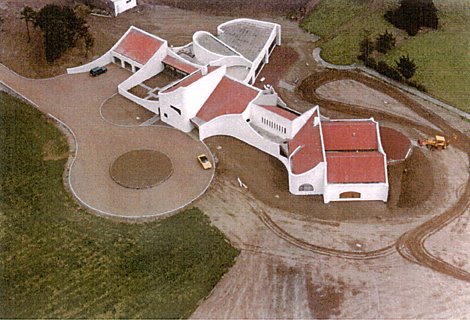 And an aerial view.