For any community, the history of its transport links is important. However, in the case of Heanor, and more particularly Langley Mill, it can be argued that the development of various means of transport is the sole reason for the development of the area in the way it has grown.

The River Erewash had a bridge across it at what is now Langley Mill as early as the 13th century. Travellers making their way to Codnor Castle would cross the river and then it was a straight road to the castle entrance (the route was along what is now Cromford Road and Plumptre Road, and then direct to the castle - this route was blocked with the coming of the Midland Railway in 1847.)

However, whatever transport used the old road, it was just passing through. As late as 1800, Langley Mill consisted of nothing more than a few farm buildings and the odd mine. Heanor itself was a collection of clumps of housing, themselves developed around the local pits. Besides mining, the only local industry of note was framework knitting, which was still mainly carried out at home.

The 18th century saw the development of the Turnpike Trusts in the area. The Mansfield to Derby turnpike (1764) passed through Langley Mill, Heanor and Smalley, while the Cromford to Langley Mill turnpike (1766) came along Codnor, through Woodlinkin and Aldercar, to where it met the Mansfield to Derby road. Improved roads will have seen a growth in the number of vehicles using them, for coaches for the wealthy, and for the transportation of goods, but few locals could have afforded to use public transport at this time.

Hard on the heels of the turnpikes came the canals. The Erewash Canal opened in 1779, just 18 years after the very first canal in the country. The canal had a definite impact on the area,  as a new community developed around Langley Bridge, next to the canal terminus. The canal had been cut, and financed, principally for the coal industry, so that the Erewash Valley pits could deliver their coal to the already industrialised cities of Nottingham and Leicester. With the development of the canal, small tramways were built from many of the local pits to the canal wharves at Langley Bridge; wagons laden with coal were hauled by horses along first wooden, then later iron, rails. The Erewash Canal was later extended by the Cromford Canal, serving the area further into Derbyshire, in 1794, and the Nottingham Canal, offering a quicker route into the city, in 1796. The Canals page gives a few more details and photos of our local canal system. 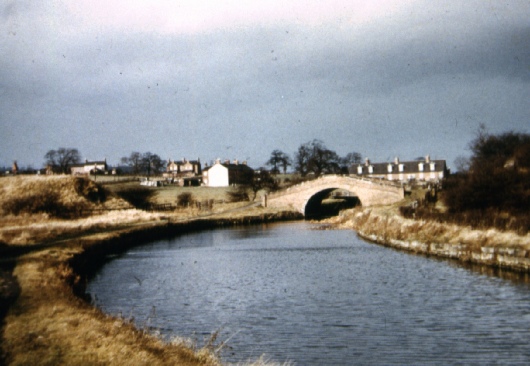 The Cromford Canal at Stoneyford

Perhaps the biggest change came in 1847 with the arrival of the Midland Railway Erewash Valley line. Built between Trent and Codnor Park (and extended to Pinxton two years later), it caused the whole of the village of Langley Mill to look west. Until this time, the bulk of developments had been on the Nottinghamshire side of the Erewash, but now, with the railway and its station being half a mile into Derbyshire, subsequent building centred around this. It was not for another 150 years, though, that the original Langley Bridge was brought into the County of Derby. In 1875, the Great Northern Railway also reached the area, with a station sited next to the canal basin. Both railways extended in every conceivable direction, and by the end of the 19th century Heanor itself had stations on both lines, and Crosshill, Codnor Gate and Marlpool were also served, not to mention all the lines to the larger collieries. See the Railways page for a sketch plan and time-line of the development of the railways in our area; there is also a separate page on the Great Northern station at Langley Mill. 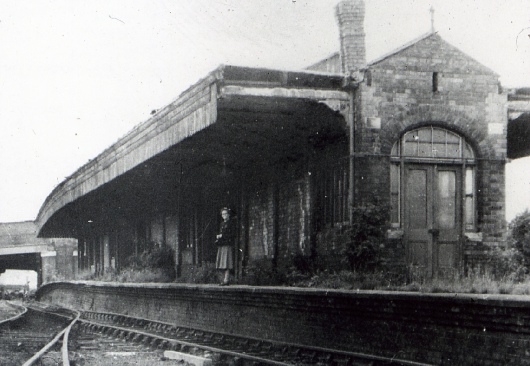 The last great change was the growth of public road transport. 1913 saw the introduction of a tramline from Ripley to Nottingham, the longest tramway in the country, operated by the Notts and Derbys Tramways Company. Trams gave way to trolley buses in 1933, and they in turn changed to buses in 1953. The Road Transport link takes you to a potted history of the Midland General Omnibus Company, the subsequent name of the original company, and a more specialised page gives you a full list of the changes to the trolleybus and bus routes during the life of the MGO. 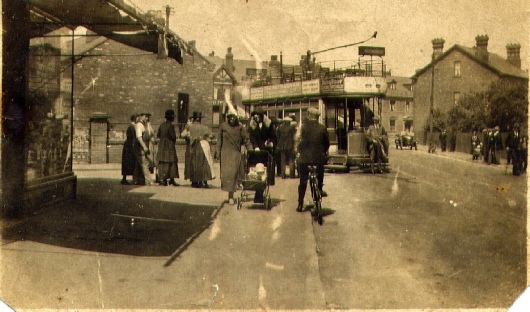 Public transport fell into decline in the 1960s, with the growth in ownership of private motor cars, and the Beeching cuts in the rail network. Langley Mill railway station, the first to open in 1847, closed with the others that remained in 1967, but fortunately re-opened in 1986, and is still available for travel. But the vast shunting yards at Langley Mill fell into dereliction and all but the main line was eventually ripped up.

Likewise, bus travel has declined in a major way, and the combination of fewer people using public transport and more people using their own cars, has caused a major change in the road network locally over the last 30 years. Examples of this are the A610, first by-passing Eastwood along the route of the old Great Northern line, then by-passing Langley Mill, and the new roundabout on High Street, Heanor, which cuts off the bottom of Derby Road, one of the oldest roadways in the town. But public transport remains an item of discussion, and plans exist for a new tram connection from the area to Nottingham. All these developments will themselves doubtless be studied by the local historians of tomorrow. 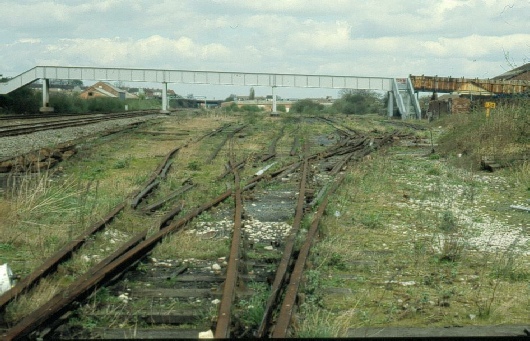 We’re grateful to Russell Saxton for the photograph of Langley Mill sidings.